Torry English, US representive from a district in Nebraska, has raised questions on the propriety of a cash transfer from the Cayman Islands account of the Blue Green Power Plant and into the personal account of Bill Dafferty.

"What's going on? I thought they were on the brink of bankruptcy and now I see an infusion of capital which is unprecedented in this sector of the economy?" questioned Rep. English on the Cat and Dave Morning Show. "I mean, they cut payroll, terminated more than two employees, and news has leaked out that it is all part of some scheme to make more money to rehire the old employees? Excuse me, but: What in the dickins is going on?"

The Blue Green Power Plant was mum when contacted by one of its few remaining reporters, but the amount of money is considered to be substantial. One of the remaining janitors has cited a crunched up piece of paper from the waste basket of Dafferty with the sum of two-million-seventy-seven dollars scrawled on it in blue ink.
Posted by bluegreenplant at 10:19 AM 4 comments:

Dafferty is a Hero This Time

Bill Dafferty has discovered an investment opportunity of a life time which will save the Blue Green Power Plant from its budget problems.

"I can't tell you what it is just yet, but it will knock your socks off," said Dafferty, who has agreed to let money managers at the Blue Green Power Plant in on the first floor. If they invest in my product, then they will recoup all the money they lost through mismanagement and we will be able to hire Angela and Tabby and the proofreadres ass well.

So it seems as if the economy is about to take an upturn!
Posted by bluegreenplant at 9:59 PM 5 comments: 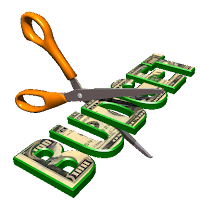 Budget cuts at the Blue Green Power Plant have hit everyone but the most talented reporters. Bill Dafferty narrowly avoided joining the ranks of unemployed, such as Angela Ramos, Tabby Lane, and various proofreaders, by taking a slight pay cut and losing his life insurance.

"If I die, I'm worth nothing," quipped Dafferty. "But at least I have a job."

His boss told him to get back to work.

The only reporter to escape the axe is Bill Duckton, who recently won the Pluitzer Prize for his stories about his travels to the Center of the Earth.
Posted by bluegreenplant at 10:43 PM 5 comments: