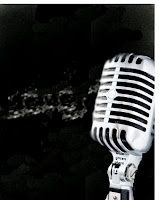 You could hear a pin drop in the City of Mulch Park, Nebraska as the Odd Prowler waved goodbye and jumped down the hole that goes to the Center of the Earth.

"He will truly be missed," stated a man dressed as a Roman Centurion and walking a poodle. "I don't know how I will enjoy myself at the costume party tonight, what with the Odd Prowler leaving us. He was such a nice guy."

A beautiful and sexy woman said, "His absence left a hole in my heart. I remember when he smiled at me when we were both in the same line and the cashier left us alone to grab me a pack of cigarettes. I smiled right back at him."

The Odd Prowler left the surface of the Earth because, he said, he was ready to go back home to his chicken farm, which he missed.

Distressed people abounded. A frantic French Canadian was beside himself with grief at the loss of the Odd Prowler. He said, "How can he be gone! He didn't pay his fare!" The middle aged man hid his face against his yellow taxi and let out a diatribe in French, which may have contained a few sobs.
Posted by bluegreenplant at 6:34 PM 3 comments: 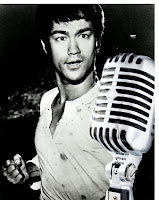 Thousands of the inhabitants of the surface of the Earth, also known as superficials, lamented as the news was announced. The beloved children's book author and rescuer of Bill Duckton who brought an era of peace between perpetual feuders, Sir (sic) William Towelamp and Mayor Hecot Smithly has announced that he plans to return home. "I feel I have seen enough of your world and I miss my chicken farm," he stated to a reporter from National Public Radio, who rudely pushed his way past a Bluegreen Power Plant reporter.

He quelled the NPR reporters tedious tears by promising to tell his name to everyone as long as The Blue Green Power Plant reporter was given equal access. The NPR reporter reluctantly shifted to one side and the Bluegreen reporter squeezed through and shoved the microphone in the Odd Prowler's face. The Odd Prowler grinned, gave a thumbs up and said, "My real name is Ding Xiao Chen." Then he added a cryptic, "from Shanghai."

So far, nobody has been able to figure out why he made reference to a Chinese city.
Posted by bluegreenplant at 7:57 PM 3 comments:

"If they can make peace, maybe we can, too," said a Saudi Arabian diplomat who saw an Israeli tourist at Disney World in Florida.

It was an inspirational day, until Smithley unfurled the T-shirt and noticed that it sported a picture of the man who was absorbed into a towel. "That's not funny!" he scolded.

"My bad. My faux paus!" admitted Towelamp, who made his fortune selling the shirts.

Hecot was absorbed by a towel several years ago and his administrative assistant says that "he still hasn't gotten over it completely."
Posted by bluegreenplant at 9:29 PM 1 comment:

The Odd Prowler has stated on a Mulch Park radio station that he prefers Mulch Park to Miami, Florida, the city where his host, Bill Duckton, maintains his abode and high-paying job. "I think I will stay here," said the Odd Prowler.

When Duckton was contacted for comment he commented, "That's fine. He deserves a vacation. I hear Mulch Park is nice this time of year."
Posted by bluegreenplant at 10:44 PM 1 comment:

After paying his exorbitant bill with an emergency wire transfer of money from his friend Bill Duckton, the Odd Prowler actually gave Sir William Towelamp the highest number of stars for a restaurant review.

"The service and food were perfect. I had to give it five stars. One problem: a little expensive." That was the comment written by the Odd Prowler on the comment card which he turned in with the check after the meal. "Um; now I have no money and my taxi seems to have disappeared," he added.

It seems that the Odd Prowler is stranded in Mulch Park at the estate of Sir William Towelamp, a man who is on Mayor Hecot Smithly's list of terrorists!

"We are not going to give this guy credit. If you don't send him money, we are going to have to kick him out," said Sir William Towelamp, who is not only the host of the Odd Prowler, but also has been identified as a stockholder in the taxi company that left the Odd Prowler stranded!
Posted by bluegreenplant at 6:31 PM 1 comment: