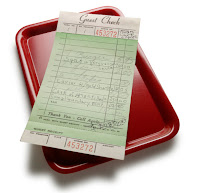 The Odd Prowler has wired his friend Bill Duckton for Two thousand eighty dollars in cash so that he can pay the bill for staying at William Towelamp's house!

"This is just ridiculous. Ridiculous. It doesn't make any sense!" said a shopper at Piggly Wiggly when asked for her opinion of the situation as she read about it at the checkout counter.

According to Duckton, the Odd Prowler doesn't understand that the bill is inappropriate because he is from another culture, and William Towelamp doesn't realize the impropriety because he is a "goddamn skinflint."

Towelamp said via Twitter: "This guy got a huge check so that he wouldn't have to take a plane home. People sent him that money expecting him to spend it. I should get some money back. That's all there is too it."

The Blue Green Power Plant reported recently that William Towelamp was on the donors' list when a collection was made to help the Odd Prowler return to Miami in a non-scary way. "It is just ironic that he got lost," interrupted Bill Dafferty, reporter.
Posted by bluegreenplant at 10:16 PM 4 comments: 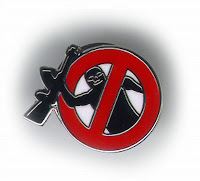 Mayor Hecot Smithly of Mulch Park, Nebraska has appeared on a TV news program and declared that William Towelamp is a terrorist, qualifying him for special "enhanced" interrogation techniques from law enforcement.

"He has kidnapped the Odd Prowler," he stated with emphasis, "against his will!"

Towelamp, when reached by phone, stated, "Sir William Towelamp can not come to the phone right now. Please leave a message at the sound of the tone."

The Odd Prowler got lost when he tried to take a Canadian taxi back to Miami from an excursion to New York, where he was reading his new book to needy schoolchildren. The taxidriver, who shares the same nationality as Towelamp, claims to have gone off course accidently when ice cream dripped on his GPS device.
Posted by bluegreenplant at 8:54 PM 5 comments:

Stimulus package billionaire, William Towelamp, has invited the Odd Prowler into his newly built estate on the outskirts of Mulch Park, Nebraska. The Odd Prowler got lost on his way to Miami Florida when his Canadian taxi driver spilled ice cream into his GPS device.

Sources stated that the Odd Prowler was treated to a dinner of Squab in turquoise sauce, caviar pudding with gold shavings, and a bottle of Amontillado wine which is over one-hundred years old.

Towelamp has been quietly re-establishing himself after his home was condemed by the Mayor of Mulch Park, Hecot Smithly. Towelamp originally planned to kick Mayor Smithly's ass, but refocused his energy when he was unable to ambush Smithly and his efforts proved futile. A source quoted Towelamp as saying, "Life is too short to spend all the time seeking revenge and holding a grudge."

When asked to expand upon his new philosophy, Towelamp told a reporter, "I never said that!"
Posted by bluegreenplant at 6:50 PM 3 comments: