Workers reported that the odd man was digging in the soil, peering creepily into the windows, and kicking the tires of cars in the parking lot. The officer making the arrest had a lot to say, condensed into one sentence: "It's a shame, something happening like this during the holidays and all..." said Officer Fellow of the Metro Dade Police.

Said a Bluegreenplant employee who wished to remain anonymous due to his embarrassment about his spelling: "Their was no way that guy wasn't going to be seen because we are all lookin out the windows dejectedly, waiting for Bill Duckton. Everyone is starring out the windows!"

Said Tabby Lane, reporter normally based in the UK: "I was literally scared to death. I looked out the window and his face popped up in front of me. It was so creepy. He looked like a creature."
Posted by bluegreenplant at 8:46 AM 1 comment:

Bill Duckton did not show up at the Blue Green Power Plant holiday party. Never has such anticipation been met with such preoccupation, anxiety, and disappointment. The absolute lack of communication from Pluitzer Prize winner Duckton only intensifies the situation.

"Nobody in America will be able to enjoy Christmas now because they are worried about Duckton," said Santa Claus, or at least a man who looked like Santa Claus, outside of the retailer of questionable scruples, Macy's.
Posted by bluegreenplant at 12:11 PM 6 comments:

Bill Duckton Promises to be Home by Christmas!!!

Threatening to steal the spotlight from Santa Claus, Bill Duckton's announcement that he would be home in time for the Blue Green Power Plant Christmas party has people abuzz all over the surface of the Earth. Sandi Clay, the receptionist at the Blue Green Power Plant seemed particularly excited when she said, "I started working here after Mr. Duckton had already left, so I have heard so much about him, but now I am so excited that I might meet him in person!!!"

Randy Oldfeld, custodian at the Blue Green Power Plant observed, "He is going to have a shit fit when he finds out about his car not being where he left it."

Bill Dafferty suggested that someone buy a cake in the shape of the Pluitzer Prize and write "Congrats Bill" on it, but the idea was vetoed as being premature and one Haitian guy said that might be bad luck.
Posted by bluegreenplant at 8:32 PM 4 comments: 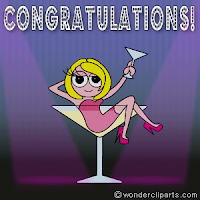 "All he had to do is travel to the center of the Earth with a whining politician who skipped out on him and a crazy lady reporter who punched him in the eye when he tried to rescue her. Then after that become the ambassador who represents everyone on the surface of the Earth and charms with his charisma so that the Center of Earth people fall in love with him and therefore love us, the people on the surface in all countries." That was the toast proposed by Lennie Stewcraft, owner of Trophy Mart Industrial, where the prize statuette will be forged out of gold leaf, aluminum, and portlum alloy.

Please join us in congratulating Bill Duckton and calling him home so he can pick up the prize. Bill we miss you too much. It is time to come home!!!
Posted by bluegreenplant at 8:22 PM 10 comments: 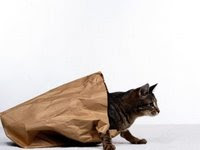 To mix a metaphor: The cat is spilled out of the bag with the beans. William Towelamp, the former Knight of the British Empire who had his title of "Sir" taken away by none other than Queen Elizabeth, has managed to get his name added to the short list of possible beneficiaries of a massive federal bailout for rich people who are so important to the economy that they must be spared from economic pain because their discomfort may effect the chain of finance and therefore hurt average people!

It was explained on the News Hour on PBS by a renowned economist, Mike "Dollarsign" Shillerton, "It is all very simple. If the Towelamp fortune is allowed to fall, then the whole economy of the USA will be in tatters and it will implode, and you might lose your job or take a big pay cut and become homeless and your kids will have to drop out of school and collect scrap metal and your wife will have to get a night job, if you know what I mean!"

Another economist had a different viewpoint. Harry "Bill" Nitehawk of Turnberry University said, "I see Towelamp as a blip on the radar screen of life. He could be replaced by a bird; that's how important I view him."
Posted by bluegreenplant at 8:48 PM 6 comments:

William Towelamp, the millionaire who used to be a billionaire before the financial crisis, has abandoned his vigil at the hole that leads to the Center of the Earth in Mulch Park, Nebraska. He can't be seen hanging around there and eating from the lunch wagon, as has been the case for many months now, since he got up and left in a huff after a reporter's suggestion that the scary gorilla that accosted Towelamp wasn't a real gorilla, but was Mayor Hecot Smithly, the guy whose ass Towelamp was waiting to kick because the ex-billionaire insisted that Smithly was still down the hole.

Bluegreenplant reported some time ago that Smithly had surfaced through a cave in the bottom of a spring in Cuba, but Towelamp called it a "ruse."

Towelamp was last reported to be at the Mulch Park Airport, boarding his private Learjet with the destination of Ronald Reagan Airport in Washington D.C.
Posted by bluegreenplant at 7:05 PM 4 comments:

A shop owner, irate about the late return of a rented costume, has released the name of the customer who recently rented a gorilla costume one day before William Towelamp was frightened by a scary gorilla as he held vigil at the hole that goes to the Center of the Earth in Mulch Park, Nebraska. "It was a top of the line model. And we had to call the Mayor's office repeatedly, over and over again, more than once, before Mayor Smithly sent an assistant with the costume. At least he had it dry-cleaned before returning it, but still, there is no excuse for that lateness!"
Posted by bluegreenplant at 9:48 PM 3 comments: