Bill Duckton Wakes up From Stupor

Bill Duckton has awakened from a stupor induced by a bite from an otherworldly insect in the center of the Earth. Duckton was obviously a little woozy when he filed this report:

Billduck Ton here, I am feeling a little woozy here, but feel like I am pulling through. The doctors here in the center of the Earth are top-notch, but the insects are sonofabitches. If I don't win that goddammit prize I am gonna jam a rock in the earth's axis to stop it from spinning. The air is so musty. Goddammit where is my juice? (The rest is censored. )

((The following is a paraphrase of the rest of Bill Duckton's report.))

The doctors at the hospital have prescribed an anti-inflammatory and recommended that Duckton go out, have fun, and get "fresh air." A local politician has given Duckton tickets to a popular sporting event and Duckton has accepted the invitation to go.
Posted by bluegreenplant at 8:35 AM 4 comments:

Mayor Hecot Smithly has managed to do the impossible. He has rescued both Emma Gamma and Doctor Reginald Gamma from the Communist Island of Cuba, where they were both stuck. Emma Gamma was held by the Gringos at Guantanamo Bay Detention Facility and Dr Reginald Gamma was held as an "employee" of the Cuban government, where he had to save Fidel Castro's life repeatedly.

Finally mother and son are together. They made their announcement at the inauguration of the new "Linen n Things" in Mulch Park, Nebraska.
Posted by bluegreenplant at 11:14 PM 3 comments: 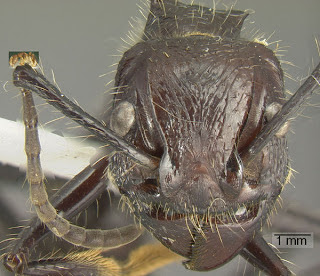 Bill Duckton felt woozy after being bitten by an otherworldly insect while sitting on a benchlike sitting place with one of the creatures in the center of the Earth.

Duckton reports: "We were sitting on a bench and talking to this guy and I think he was beginning to understand me. Then all of the sudden this otherworldly insect injected me with some kind of venom that made me feel woozy. It looked like an ant, but it wasn't an ant. I will send you a picture to prove it. Oh boy, I am starting to feel woozy."
Posted by bluegreenplant at 8:49 AM 1 comment: 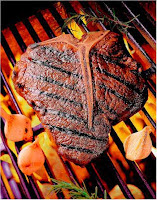 Magma Can Not Compete With Hickory Charcoal Grill

Pluitzer Prize nominated reporter Bill Duckton has an eye and a nose for detail. He reports that the products and foods in the center of the Earth are clever copies of originals on the surface of the Earth, but with something missing. Duckton's report follows:

Bill Duckton here. They have bookshelves and bicycles and cars here, but they don't seem as good as the ones we have on the surface of the Earth. And the food? Forget it. I had a T-bone steak here the other day and it tasted like a porterhouse steak. And the rice tastes like mashed potatoes. And try to get some salt and you are liable to open up a torrent of gibberish followed by something in a odd bottle that looks like Coca-Cola, but will make you gag when you chug it cause it is so salty.
Posted by bluegreenplant at 10:33 PM 3 comments: