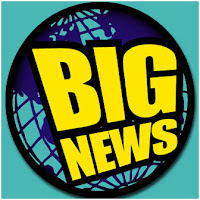 A committee from The Braintrust of America has nominited Bill Duckton for the Pluitzer Prize for the year 2008. This is perhaps the highest honor for a reporter and would be a slam-dunk for the Blue Green Power Plant. What pride just to be nominated.

Mayor Hecot Smithly, Duckton's guide for travel into the center of the Earth who somehow got separated from Duckton after the two explorers fought about a jacket, has been captured by guards at Guantanamo Bay Detention Center in Cuba where he is being accused of trying to rescue Emma Gamma, the mother of Dr. Reginald Gamma. Dr. Reginald Gamma saved Hecot Smithly from being absorbed into a towel and stuck in another dimension.

In the meantime, that old skinflint, William Towelamp, refuses to abandon his stakeout at the hole that goes to the center of the Earth. He is quoted as saying, "I am making no bones about it. He has to climb out of that hole sometime and when he does I am going to serve him with a can of whoop ass." Towelamp is accompanied by a group of toughs and Scouts.
Posted by bluegreenplant at 6:22 PM 8 comments:

Duckton Snaps Photo of King of Center of The Earth!!!

"He seemed to be a beloved and fair king. I asked the creatures to take me to their leader when I first met them and that is exactly what they did. I feel very important to be the first embassador from the Earth's crust to make contact with these people. I think I am on the verge of negotiating a treaty with them."
Posted by bluegreenplant at 7:26 PM 7 comments:

William Towelamp and his hired possee, who are waiting at the opening of the hole in Nebraska that goes to the center of the Earth so they can beat up The Mayor of Mulch Park, Nebraska for destroying Towelamp's vacation home, are getting annoyed with reports that Mayor Smithly has surfaced in Cuba, the communist island.

Towelamp cursed under his breath and uttered, "It's a red herring and you idiots at the press are just encouraging his deception. I know he has to come out of this hole and I will stay waiting here until Hell freezes over."
Posted by bluegreenplant at 9:14 PM 4 comments:

When Bluegreenplant headquarters informed Bill Duckton that his misplaced travel companion, Hecot Smithly, was safe and sound and in Cuba, Duckton had a rather selfish response: "Why don't you focus on me. I am in the center of the Earth. He is just in some commie island."

Duckton's comments were considered offensive and were censored in the Republic of Cuba.
Posted by bluegreenplant at 11:49 AM 4 comments: 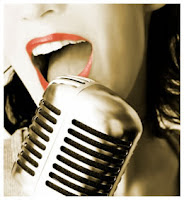 Hecot Smithly, the mayor of Mulch Park, Nebraska, the explorer who got mysteriously separated from his traveling companion, Bluegreenplant ace reporter Bill Duckton, has surfaced in Cuba.

Communist television personality Marta Piedras Del Rio interviewed Smithly in a Havana television studio after patrolling troops found him swimming in a river known to be crocodile infested and dangerous. This river, known as the Matasanas River, is fed by springs which emerge from myriad underground caverns.

Piedras Del Rio seemed very excited to have this exclusive interview. She must have felt dejected disappointment when the cheap Soviet era power plant went off line and all the electricty went off. All she was able to arrive at was one question:

Just then, the lights wimpered and televisions went dead all over the island.

The Blue Green Power Plant viewed the recording courtesy of a Tivo recording provided by thee Dominican sports fisherman in the Carribbean under the condition that their names be mentioned in this report: Samuel Garcia de Lamento, Oscar Garcia de Lamento, and Paul Jacobo de los Santos Rivero.

Bill Duckton here. I told you that there is a sun in the center of the earth and here it is. Also, I found a lake and the people here are very nice. Unfortunately, they just speak gibberish. I communicate with them by using a universal sign language. They have promised to take me to their leader. No luck finding Hecot Smithly. The center of the Earth is so big, he could be anywhere.

The previous report was filed by Ace reporter, Bill Duckton, at 1200 hours today, Saturday. We at The Blue Green Power Plant are as amazed and speechless as you readers must be!
Posted by bluegreenplant at 9:34 PM 7 comments:

Billl Duckton filed the following report, which has raised some concern among his co-workers, especially the Bluegreenplant custodian, who used to be a psychiatrist in Chile. If he is not losing his mind, this is the story of the century.

Posted by bluegreenplant at 6:20 PM 3 comments: