scary and creepy. the creature is coming at me. ouch! tripped over a rock. damn i wish i had a jacket! Ahhhh! it is trying to get me. Must find a ROCk. found one easily. I scared the monster away. Tank god. sory for errors, typing fast. I think I hit the creature with that rock. It wont be back. Ahh! wHat was that???!!!
Posted by bluegreenplant at 7:51 PM 2 comments: 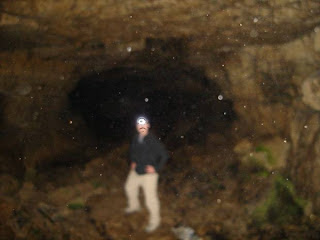 The above image was just received from Bill Duckton, our Bluegreenplant reporter who is traveling in the center of the Earth. According to the Blue Green Power Plant archivist, Angela Ramos, it is, "So creepy."

Nobody can recall any image that was creepier than this one.
Posted by bluegreenplant at 1:52 PM 7 comments:

Duckton Reports Humanoid Creatures Living In the Center of the Earth


Bill Duckton here. Nobody will believe it, but I will send photographic proof as soon as I can figure out the camera. There are tons of people in the center of the Earth and they wear clothes. They are very shy and I think I am bigger than them. They look pretty clean, but speak gibberish when they talk. They just stare at me and back up when I move toward them. Then they move toward me when I back up. It is so creepy. I wish Hecot Smithly were with me. I never expected to encounter something like this alone.
Posted by bluegreenplant at 7:34 PM 6 comments:

State troopers from Nebraska stopped William Towelamp from entering the hole that goes to the center of the Earth, but forgot to confiscate his guns or arrest him for violating his probation.

At this moment, Towelamp and his hired army are waiting at the entrance to the hole to the center of the Earth. "When he comes out, he is going to have a greeting party. And remember, it is Sir William Towelamp," stated Towelamp.
Posted by bluegreenplant at 6:01 PM 3 comments:

Duckton is OK!!! First Message in a Long Time 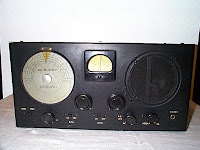 Transmission Receiver
The transmission receiver at Bluegreenplant headquarters has decoded a message from our ace reporter, Bill Duckton, who is traveling to the center of the Earth with the mayor of Mulch Park, Nebraska, Hecot Smithly. Bluegreenplant employees are overjoyed to hear that he is OK. This is the report he filed:

Bill Duckton here. We heard a sloshing sound and we looked up, which is now down, and were splattered with globules of wet cement. Smithly screamed like a girl, but I maintained my composure. Soon the onslaught of masonry material ceased and as I turned, Smithly was not there anymore. Somehow we got separated. I have no idea where he is. It is too quiet and creepy down here. Still, my GPS thing is useless. And the magma is highly overrated. Another reporter might be scared, but I am not afraid.
Posted by bluegreenplant at 9:18 PM 1 comment:

An avid and astute Blue Green Power Plant reader has alerted Nebraska state troopers as to the doings-on of Sir William Towelamp and the police squads are rushing to arrest him for violating his probation at this very moment.

Lassiter Vega of Umpton Park Michigan placed the call which set the operation in motion. "I didn't have a good feeling about Towelamp rescuing Smithly and Duckton. A few years ago when Smithly was trapped because he was absorbed into a towel, Towelamp was making millions of dollars by selling towels with Smithly's image on them," said Vega. "It was totally creepy. I know because I am one of the people who was tricked into buying one. And why does he need all those guns and baby oil? It doesn't make any sense."

Unfortunately, no word has been heard from our reporter Bill Duckton, who is in the center of the Earth, for over a week.