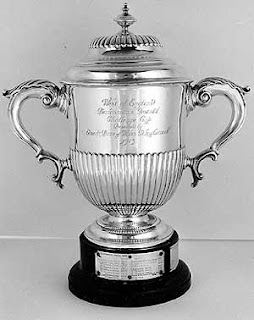 The staff at The Blue Green Power Plant is overwhelmed with pride now that our own Bill Dafferty has won the Pluitzer Prize for Media Journalism for the year 2007. Special accolades were bestowed upon him for his written series and multimedia projects. His video: "Where is Bill Duckton?" has reached cult status with surfers of the internet. In this video, he synthesizes a huge volume of research done by other reporters for The Blue Green Power Plant.

Congratulations Bill! You really deserve it.
Posted by bluegreenplant at 7:09 PM 14 comments:

"They took the jawbone! They took the jawbone!" Those were the shouts of researchers at California State University's Magno-lab and Science Structure Studies Department as a black and white canine trotted off with the mandible of a skeleton possibly belonging to missing Bluegreenplant reporter Bill Duckton. The toothy smiled character was found at the top of a tree which is slated to be removed for a development in South Carolina.

"If we don't get that jawbone, we don't have a fucking chance of finding out who is the owner of that skeleton," said Randy Oldfeld, the janitor at the University, the only employee available for comment before the deadline of this report.
Posted by bluegreenplant at 6:18 PM 5 comments: 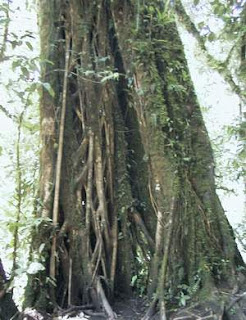 The skeleton found at the top of the magnetic tree which is fighting its removal has been identified by California Skeletonologist, Ogeen Becker, as someone the same height and weight and dental history as missing Bluegreenplant reporter Bill Duckton!

The United States Government has promised to get into the investigation by bankrolling research and development for Halliburton Corporation to construct a truck large enough to uproot the tree.

Duckton's next of kin will be notified as soon as the skeleton's identity is verified.
Posted by bluegreenplant at 7:32 PM 6 comments:

Skeleton Found at Top of Tree

A human skeleton was found in a tree which was slated to be cut down for a housing development in South Carolina. Investigators called in from California discovered that the skeleton had been wearing steel handcuffs and that the tree's magnetic core trapped the poor victim as its magnetism clutched the handcuffs. "He or she had no chance of escaping. This tree is more powerful than an electromagnet at the Cal-Tech Magnetic Studies lab," said Dr. Phillip Rainswold, lead researcher on the project.

Local authorities are going through records of chain gang escapees for the past hundred years in an effort to identify the skeleton.

The skeleton had a pocket watch, which was stuck to the tree as well. Engraved on the watch were the words, "To My Love. Stay out of Trouble. Love, Millie." The watch could be another clue to his identity, I suppose," said a local.
Posted by bluegreenplant at 8:59 PM 2 comments: