An ominous note and a burning bag of horse excrement that were left on the doorstep of famed director Steven Speigleman have been confiscated as evidence by LAPD cops.

"Unfortunately for him, but lucky for us, Mr. Speigleman extinguished the fire, so it was not a problem to collect the evidence," said Officer Lieutenant Belinda Caraballo of the logistics squad last Sunday evening. "My colleagues back at the station might not like it, but this is going to go into an evidence locker so it can be inspected for clues."

"What did the note say?" asked a Bluegreenplant reporter.

Officer  Caraballo became tightlipped. "I am unable to comment about an ongoing investigation."

Officer Caraballo took on an annoyed expression and began to walk away.

The Bluegreenplant reporter then reached into his journalist's bag of tricks and used psychology to get some information. "I bet you didn't even read the note, did you?"

Officer Caraballo stopped in her tracks.

"Who signed the note?"

With a pivot, and  ignoring Bluegreenplant's follow-up question, her high heels clicked off into the distance.

Bystanders on the street outside of the California police facility pointed out that all clues seem to indicate that Naptimez Ova! is in South Florida and it would be impossible for them to commit this crime since they are on the opposite side of the country.
Posted by bluegreenplant at 5:46 PM 3 comments: 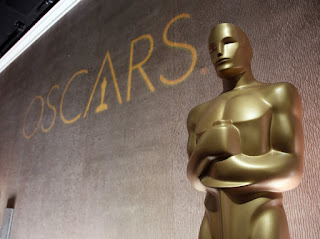 The movie studio has decided to pull all the stops in the promotion of the new, upcoming, Country Judge--The Movie. A gala event is scheduled this weekend at an undisclosed mansion in the Hollywood Hills.

But you can't keep a secret long in this town and paparazzi are blocking streets and byways in the vicinity of the home of director, Steve Speigleman.

There is a lot of chatter about who will play the part of Judge Cludderman, the country judge. Already, the word Oscar has been mentioned and the cast hasn't even been announced. This is big.

Posted by bluegreenplant at 6:37 PM 2 comments:

Famed seascape painter Richie McGill mentioned to his family that he saw the terrorist gang, Naptimez Ova!, today at Whole Foods Market in the Palmetto Bay neighborhood in Miami. McGill's son, Richie McGill junior then posted the news on Snapchat and one of his friends from his AP Calisthenics class at Camilo Cienfuegos Senior High School, Rayomundo Dollar, then posted a screenshot of the blurry image on Twitter, where it has gone viral.

The gang apparently swept through the store and picked up nuts, cereal, organic vegetables, vegan cookies and beef jerky. They were reported to be well kempt and they mostly kept to themselves. "They were very polite, but I noticed they were really overdoing it with the free samples. Ominous," stated the post. "Everyone was scared."

"If the rumors are true then someone has been hiding them in South Florida," said a police officer, who did not want to be identified because he was drinking a beer on duty. "Somebody ought to catch those guys before they cause more damage," he stated, right before letting out a belch.
Posted by bluegreenplant at 6:47 PM 2 comments:

Judge Cludderman's exit from his chambers in his shiny new studio today was sadder than a one car funeral after it was reported that he learned on social media that he is not playing himself in the upcoming smash hit movie version of Country Judge. It seems that the director, Steve Speigleman, has let it be known that he wants an A-list celebrity.

"I want someone with oomph!" exclaimed Speigleman to a group of admirers at a party. "Keep those martinis coming," he shouted to no one in particular.

It seems that Judge Cludderman is no longer the toast of the town. Rumors have it that Tom Crews's agent as well as the agents of Brad Pitts and Jackie Chen are duking it out for the part.

"Have you considered using Judge Cludderman for the part?" asked a Bluegreenplant reporter.

"Cludderman? Who the hell is that? Where's my martini!"

At this point the Bluegreenplant reporter couldn't handle the loud music for another minute and he exited the grounds of the mansion.
Posted by bluegreenplant at 7:32 PM No comments:

Hollywood does not look as tired as it did before, now that everyone's exhilarated by the new Country Judge movie. Word is that several high caliber directors are duking it out for the job, among them: Spielberg, Monet, and Washington.

Now that Judge Cludderman has regained his voice, he is said to be the life of the cocktail party circuit. He recently spoke with a Bluegreenplant reporter outside of a mansion once owned by Spencer Tracy,  "I just want to thank the person who truly is responsible for my success. If it weren't for his actions, my show would not have gotten all the attention that we have had the honor to enjoy, and my life would not have such an incredible trajectory. "

"And just for the record, who is that person?" asked the reporter.

"Jesus. I owe all my success to prayer. I tuly am blessed." There was a clapping sound and the reporter noticed that a group of young actresses had encircled the interview; they were hanging on to every one of Cludderman's words and applauding. Judge Cludderman is definitely the toast of the town.


Posted by bluegreenplant at 6:30 PM 2 comments:

Country Judge Renewed and Moving on Up to Hollywood!

This time fact-checkers have been working 24/7 and it's the real McCoy. Country Judge has all the aces as it has taken its genre by storm. Ratings have skyrocketed to number one and a YouTube video of Billy Plimberton reading the jury's verdict and then saving the jury foreman's life has gone viral with over a billion views.

The network has already renewed the show. "It's a winner," said network executive Donald Johari. "We're moving the whole production out to Hollywood to a modern studio. There's even talk about expanding it to an hour--and I can see a movie based on the show in the works in the very near future." He pushed off his oversized desk with his foot and rolled across his corner office. "With all these criminals loose nowadays, there is a great deal of fodder. The public eats this up!"

When he said fodder, he was referring to the terrorist organization, Naptimez Ova!, who is currently in hiding.
Posted by bluegreenplant at 3:47 PM 2 comments:

After hours of deliberations and take out food, the jury shuffled single file into the jury box, each member avoiding eye contact with the accused, Estelita.  A miracle of nature and perhaps some cough drops allowed the judge to recite his lines. "How does the jury find the defendant?" asked the judge, in an uncharacteristically laconic way.

The foreman, a large man with a lot of hair on the backs of his hands, unfolded a little piece of paper loudly and annoyingly in front of his microphone, "We came to a verdict and the jury finds the defendant..."

Just then, a fly swirled across the room and barreled into the foreman's open mouth, lodging in his trachea.

"Does anyone know the Heimlich maneuver! ?" shouted the bailiff.

After an uncomfortably long moment, Billy Plimberton jumped on the foreman. "I do," he shouted. And he snatched the piece of paper from his hand.  But he did not perform the maneuver. Instead, he read the verdict. "Not guilty on all counts!" He jammed the paper into his front pants pocket.

There was a smattering of applause in the courtroom, then Plimberton wrapped his arms around the huge, apelike man and lifted him off the ground. "One." He jerked again. "Two." Nothing. He jerked him again and a faint buzzing could be heard. "Three's the charm." A fly zoomed out of the foreman's nostril and the whole courtroom erupted in applause.

"Maybe they won't cancel us after all," exclaimed the judge after clearing his throat.

Plimberton stood up, as if he were going to take a bow. Instead,  he directly addressed the defendant. "On behalf of the court, we're sorry for wasting your time, Miss."

"I knew this would happen," said Estelita, and she walked out the door, a free woman.
Posted by bluegreenplant at 1:00 PM 2 comments:

The country judge has regained the reins of his courtroom. When the district attorney moved for a mistrial, he very firmly looked at the camera and shook his head, "No."

The D.A. had argued that Plimberton's dual roles on the jury and as a witness made him ineligible to deliberate. She also pointed out a news story about Plimberton appearing as a defendant on the first episode of Country Judge, where he offered to wash the judge's car and was let off the hook with a wink. "He should be replaced by the alternate juror or this whole thing should be declared a mistrial!"

But when wails of sobbing tears emanated from behind the jury room door, the country judge put his hand on his heart, in sympathy for the disconcerted Plimberton, referred to him as a good boy with a rough childhood, and allowed him to stay.

"It was that damn Bible," muttered the district attorney as she stomped out of the courtroom.

It is unknown how long jury deliberations will take.
Posted by bluegreenplant at 9:40 AM No comments: